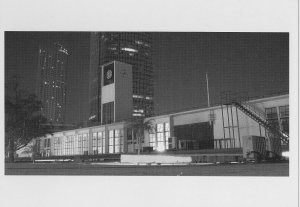 At first glance, it probably strikes one as odd that Hong Kong’s anarchists rallied to defend the Star Ferry Terminal and Queen’s Piers. What is there worth defending about two colonial landmarks, one of which is even dedicated to royalty? On closer inspection, however, we see that these two points of conflict were part of a working class community protecting itself against encroaching privatization. It’s not that anyone had much nostalgia for the days of their European rulers, but the piers were defended because the buildings represented some of the last unenclosed public spaces in the city.

For more than a decade the piers served as a weekend meeting spot for hundreds of the city’s domestic workers. Most of these people are women from the Philippines and Indonesia who only get one day off of work each week, typically Sunday. Additionally, these workers tend to live in the homes of their employers and therefore have no private space of their own. The Queen’s Pier and Star Ferry terminal, as large public spaces, are thus transformed into a weekly international picnicking spot where people can go to relax, speak their native languages, and meet with friends. But in December of 2006 the city announced that it was going to bulldoze these areas, turning free commons into shopping malls.

The first wave of resistance to the city’s plans came from the domestic workers themselves, who were soon joined by a group of artists that became involved in raising awareness of the issue. And as protests escalated into standoffs with the authorities, many other people joined in the struggle hoping to participate in the future of their city. Hong Kong-based anarchist, Plus, says that he feels it was his right as a citizen to speak out on this issue. He was one of a few people who occupied the Star Ferry building in July 2007, the date of eviction from the premises. Unfortunately for Plus, he was singled out by police and arrested, the only one of the occupiers to be convicted for that act of protest. The only charge leveled against him was “obstruction”, meaning that he somehow prevented a police officer from doing their duty.

Plus was stationed on the roof of the ferry terminal, far away from any of the cops; the fact that they went after him shows that the police are only too firmly in the service of the commercial interests in Hong Kong. Why should a police officer risk their life and Plus’ to help build a mall faster? Julian Fung, another activist, was arrested at an earlier protest and sent to prison on the charge of assaulting an officer. Though recently released, the details of his case show that the city is targeting citizens who speak out. In the court trials of both Julian and Plus, the judge ignored all evidence of their innocence, evidence including the testimonies of every non-police eye-witness who saw Julian being brutalized by police officers. In fact, the judge even helped the prosecuting attorneys develop stronger cases against the two. Clearly there is no justice in Hong Kong’s courts.

As expected, Hong Kong’s media has done a horrible job of covering the protests. The newspapers and television stations have only latched on to the angle that the protesters wanted to “preserve history”, as if the buildings themselves were more important than the people who use them! No one in the mainstream media has taken the time to investigate the abuses of force by the police in the struggle or what will happen to the domestic workers. In fact, before too long these same papers that provided their lukewarm support to the protest will be selling advertisements to the stores in the new shopping malls.